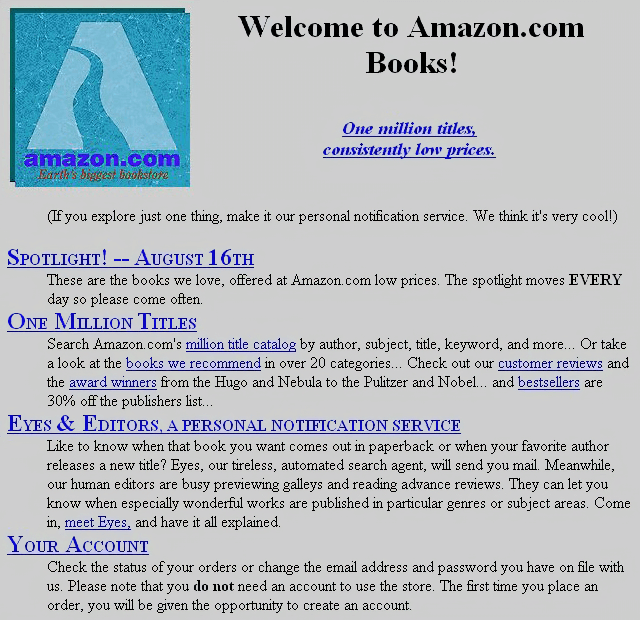 Amazon, founded by Jeff Bezos, launched one of the first online stores on Amazon.com on July 5, 1994. Amazon first began as an online bookstore and later expanded its range of products to CDs, DVDs, software, clothes, toys, etc.

In 1998, Amazon purchased the Internet Movie Database (IMDb), and, a year later, the Alexa.com web service. In 2002, Amazon started running a cloud platform called Amazon Web Services (AWS), and as of November 2007, the Amazon Kindle e-reader belongs to one of its major products.