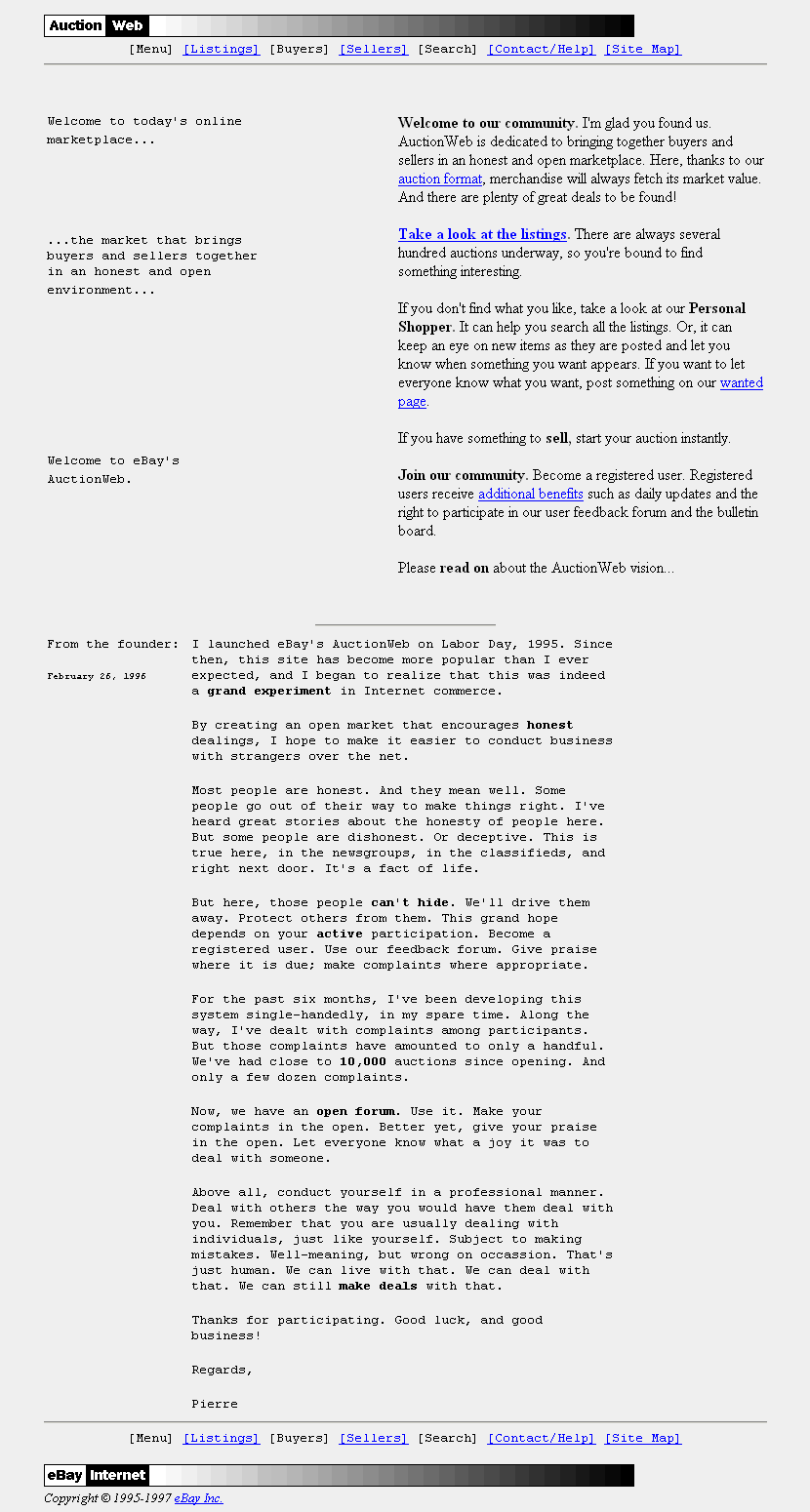 In September 1995 An Iranian-American programmer, Pierre Omidyar, programmed a simple auction website called AuctionWeb. The first item Pierre Omidyar allegedly sold on the portal was his own broken laser pointer for $ 14.83.

In September 1997, the portal was officially renamed to eBay. In October 2002, eBay switched to the PayPal online payment system and in 2005, eBay bought Skype VoIP.