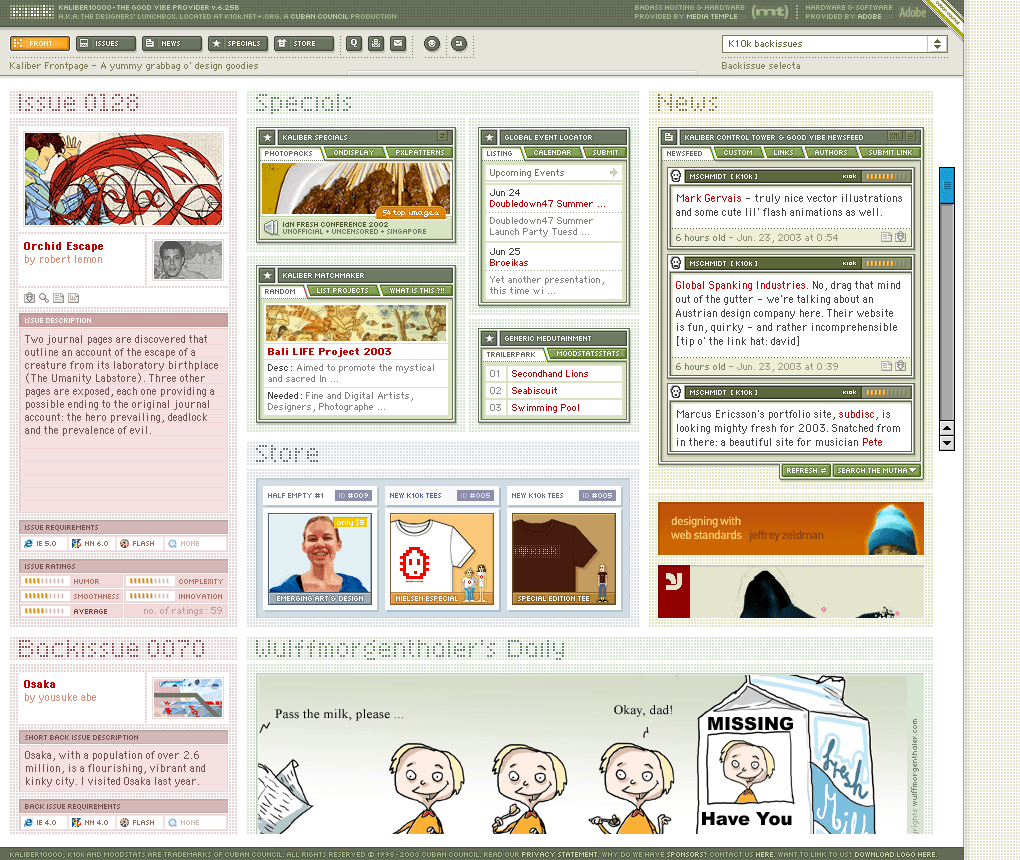 In October 1998 Two Danish web designers, Michael Schmidt and Toke Nygaard, launched a community website for designers, called Kaliber10000 (K10k). The K10k webzine published graphical works of talented designers on a regular basis and became an important source of inspiration for the first generation of designers who started using the web as a visual medium. In October 2011, K10k terminated its activity.