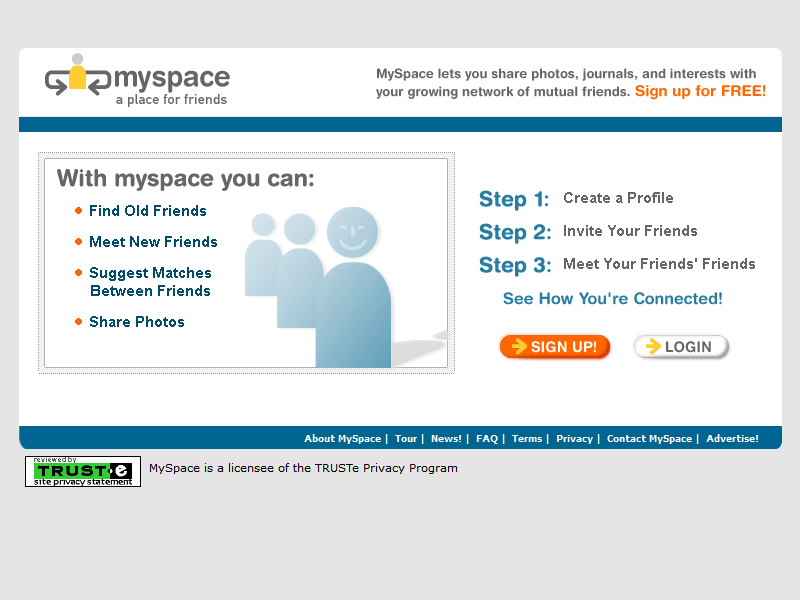 In August 2003 Tom Anderson and Chris DeWolfe founded the MySpace social network. Its concept was inspired by the then popular social network called Friendster. MySpace popularity skyrocketed, and by February 2004, the network had acquired one million users.

Between 2004 and 2010, MySpace was one of the largest social networks worldwide. In April 2008, however, the number of unique monthly users was surpassed by Facebook, and since then the popularity of MySpace has been on a continuous decline.