The Million Dollar Homepage in 2005 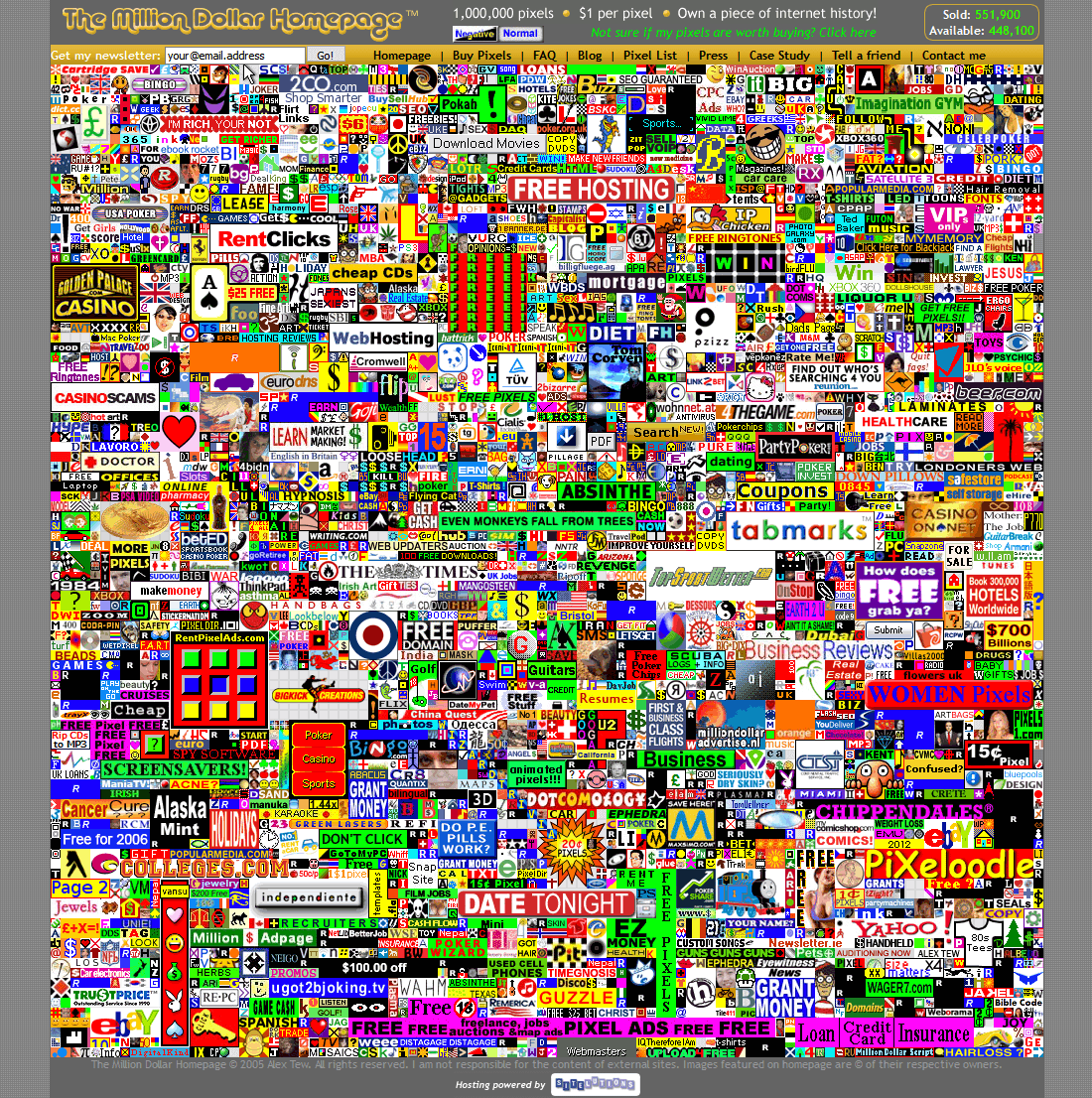 In August 2005 Alex Tew, a British student, launched the Million Dollar Homepage, which soon became an example of successful viral marketing and an Internet phenomenon. The page was a million pixels divided into a 1000x1000 px grid. Alex Tew offered to sell 1 pixel for a dollar, with the smallest advertising space an advertiser could buy for their link being 10x10 px.

The Million Dollar Homepage gained unprecedented popularity in a very short time, and the last 1000 pixels were sold on January 1, 2006 at an eBay auction.