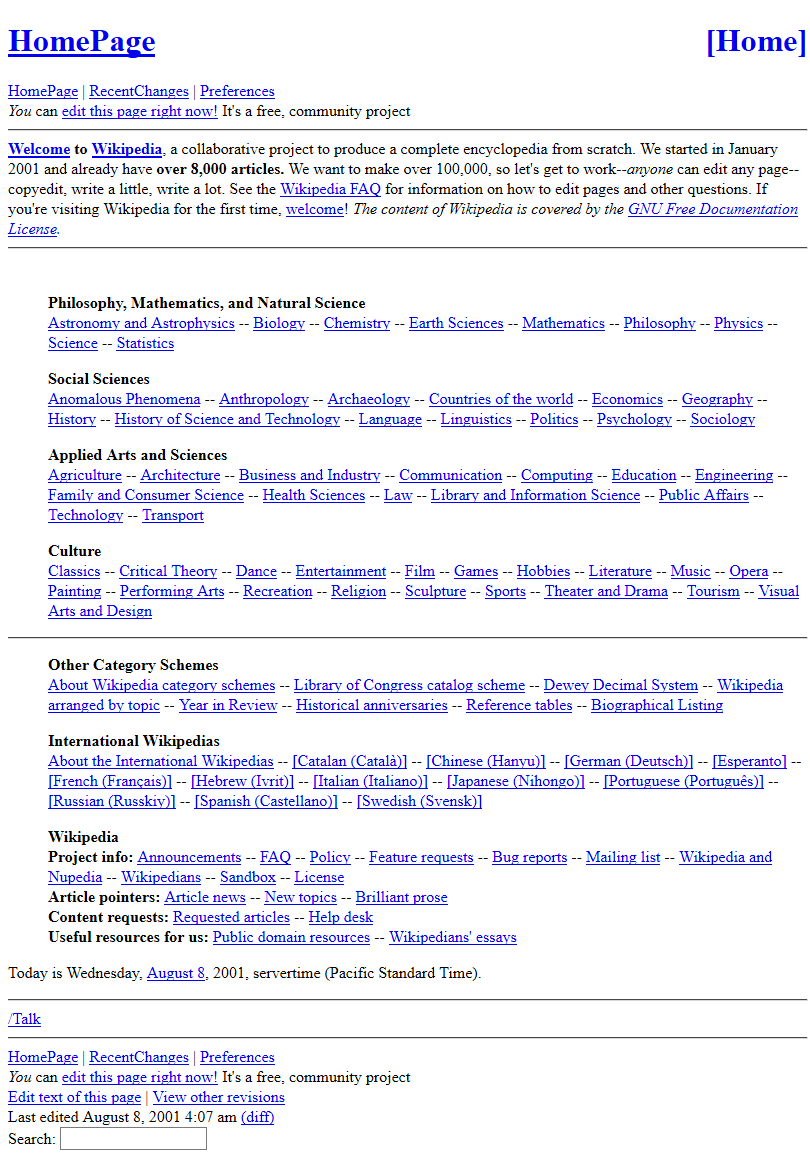 In January 2001 Jimmy Wales and Larry Sanger founded Wikipedia, a multilingual internet encyclopedia. The content of the encyclopedia is shared under a free and open license of the Creative Commons. Volunteer contributors from around the world participate in the creation of Wikipedia entries. Wikipedia’s precursor was the Nupedia web encyclopedia, to which, unlike Wikipedia, only experts were allowed to contribute. At the beginning of 2018, Wikipedia contained articles written in nearly 300 languages.