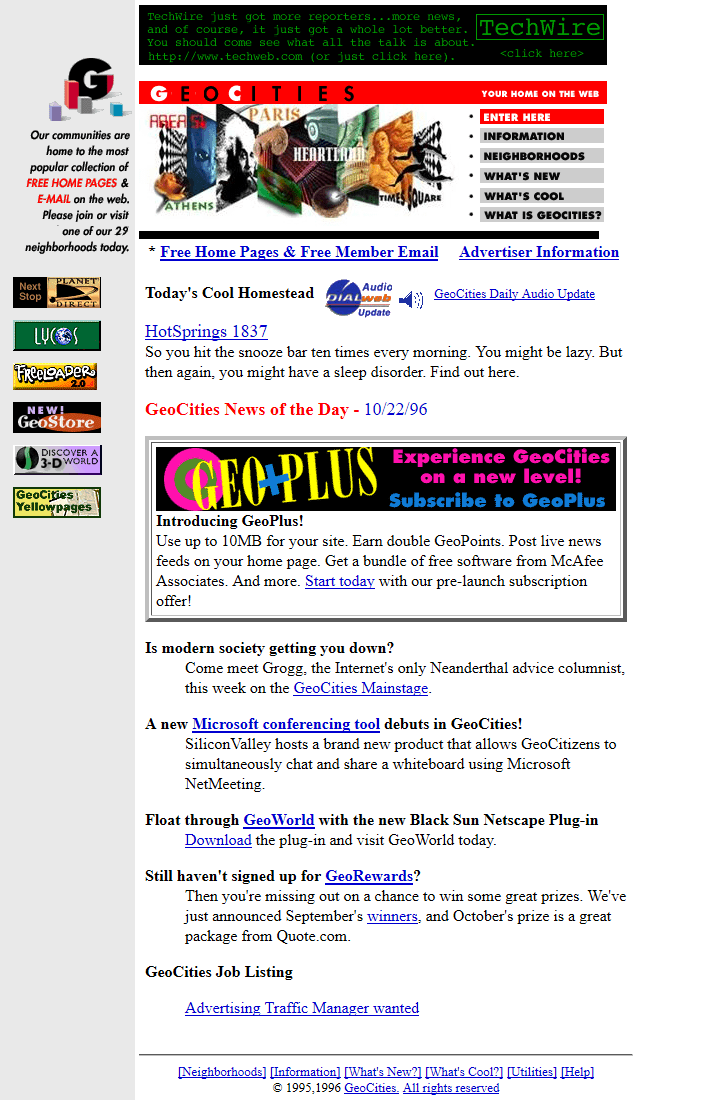 In November 1994 David Bohnett and John Rezner founded the Beverly Hills Internet web hosting company, which was renamed GeoCities in 1995. The original concept of the service was to create a virtual community of websites organized in "internet cities". In its early years, GeoCities offered its users an unprecedented 2 MB of free disk space.

In 1999, GeoCities was bought by Yahoo! and ten years later, on October 26, 2009, Yahoo! definitively terminated the GeoCities service.