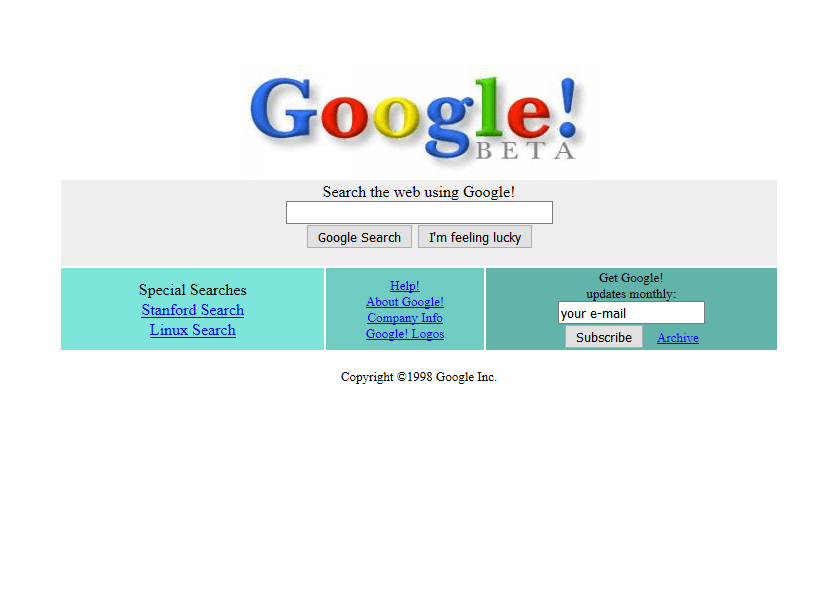 In September 1998 A pair of Ph.D. students from Stanford University, Larry Page and Sergey Brin, created the Google search engine. Google originally started as a research project whose aim was to find relevant search results using a mathematical algorithm.

The algorithm, later called PageRank, analyzed relationships between individual webpages based on their cross-references, thus assessing their importance. The name Google is a deliberate misspelling of the word googol, which refers to a very high number – 1 followed by a hundred zeros (10100).