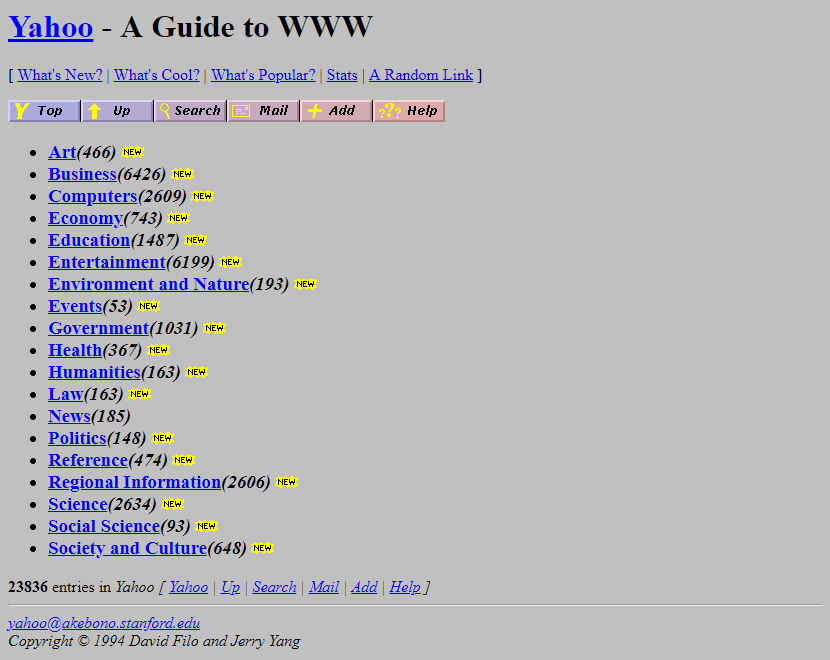 In January 1994 Jerry Yang and David Filo, two Ph.D. students from Stanford University, created a list of websites entitled "Jerry and David's Guide to the World Wide Web." In March 1994, the portal was renamed Yahoo! and the yahoo.com domain was registered on January 18, 1995.

Yahoo is an acronym for “Yet Another Hierarchical Officious Oracle”. In March 1995, the Yahoo! search engine was launched as part of the portal.