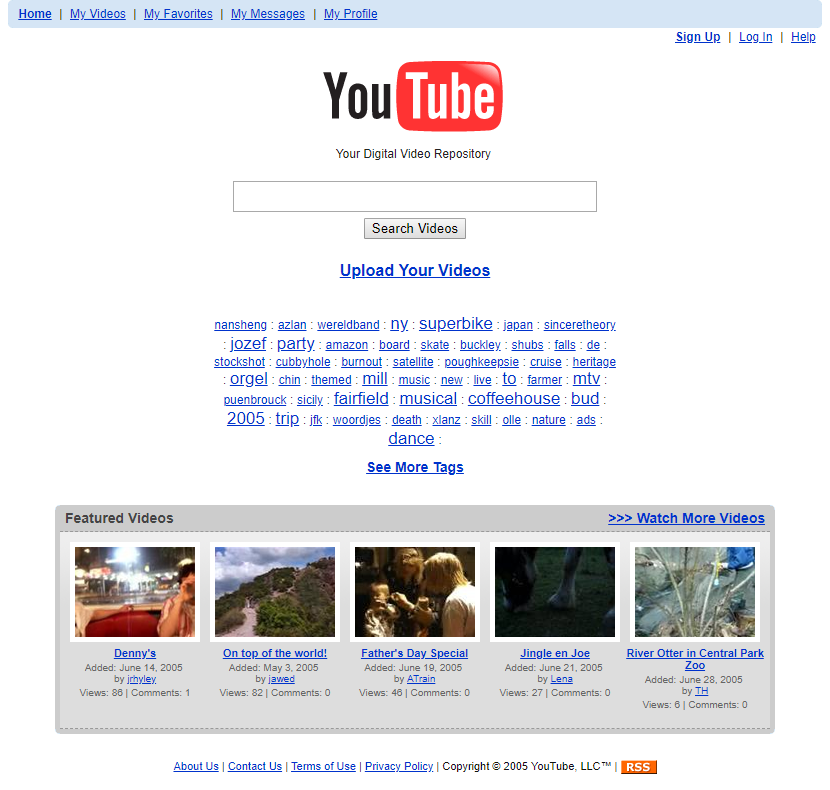 In February 2005 three former PayPal employees, Chad Hurley, Steve Chen and Jawed Karim, launched the YouTube website for publishing and sharing video files. The first video called "Me at the zoo" was uploaded to YouTube on 23 April, 2005 by one of the co-founders, Jawed Karim. It was a short video from the San Diego zoo. In November 2006, YouTube was purchased by Google for $ 1.65 billion.